Happy Friday, folks. It being Friday and all makes it time for another Friday Fictioneers drabble inspired by the photo prompt from Madison Woods. Please hold your applause until the end of the show. 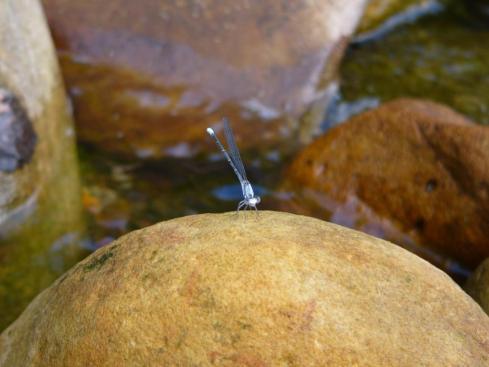 A small damselfly entered through the open window and landed softly on the blanket above Scott’s chest. A second joined the first. A third followed. One after another landed- the combined weight of countless creatures piling high on the backs of one another pinned the boy to his bed.

A series of pinpricks around his lips pulled him from his slumber. He struggled against the pain but it was over as quickly as it had begun. The damselflies retreated one by one until there was no sign they’d ever been there, save for the boy with his mouth stitched shut.

Check out the stories from the other Fictioneers:

Like Loading...
This entry was posted on Friday, June 22nd, 2012 at 4:00 AM and tagged with drabble, flash fiction, Friday Fictioneers, story and posted in Stories, Writing. You can follow any responses to this entry through the RSS 2.0 feed.
« Morning Dose of Happy
Yes, I went there… »