Wow, I just realized it was Friday. Having the day off from work must have thrown my system out of whack. So, better late than never (though still on Friday), here is my offering for the Friday Fictioneers, hosted by Madison Woods.

As always comments, criticism, and half drunken rants are encouraged. 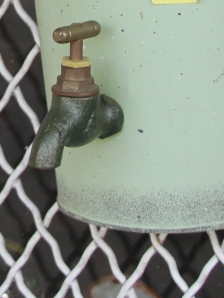 It was in the water.

Tainted water was our downfall. How funny is that?

We never even saw it coming. We’d always assumed they’d come in peace; either that or in a war of epic proportions. Not the case.

We didn’t even know they existed until we started dying off. The virus doesn’t discriminate. Young, old, rich, poor; doesn’t matter. We fell like dominos, not in the hellfire of battle, but with a fizzling whimper.

When we realized what they’d done, it was already too late. We’d already drunk the Koolaid.

Only a handful of us remain- fewer every day.

Read stories written by the other Fictioneers by clicking on the image below.

Like Loading...
This entry was posted on Friday, July 27th, 2012 at 9:33 PM and tagged with drabble, flash fiction, Friday Fictioneers, story and posted in Stories, Writing. You can follow any responses to this entry through the RSS 2.0 feed.
« Creature Feature: The Minhocão
Destination Weirdsville: Let’s go to Romania! »